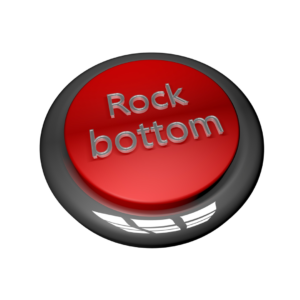 The words ‘bowel care’ conjure up the thought of a Dr asking you lots of questions and generally ‘caring’ about bowel movements. WRONG. With 4 nurses carefully rolling me on my side, one lucky nurse got to poke an enema in the form of 2 pessaries up my back passage to see if it would trigger a bowel movement. Each time they all came back to check me an hour later… I felt like a disappointment to them as nothing was happening and I had to endure a rectal examination with a ‘sweep’ of my bowel and a nurses’ finger rudely inserted high up my back passage to see if anything was sitting up there.  It wasn’t.  As I said in my previous post I held on to my bowels for nearly 3 weeks (unintentionally)!  I started to feel an increasing sense of panic as the days passed by, imagining my stomach would eventually burst ‘alien’ style and explode my poop all around the entire ward.  I would check in with Martin daily on poop updates as I was desperate to give him the news that something had finally happened.

The nurses continued to dose me with laxatives and enemas but the top end of the bowel was impacted and nothing seemed to be moving down. This was due to my cocktail of pain meds causing constipation and my body lying horizontal with no movement.

The prequel to the main show was a very small amount passed after a ‘manual evacuation’ which is more unpleasant than most procedures I’ve experienced as a woman. This was nothing compared to what was coming…

When the flood gates finally opened and the back log of 3 weeks of poo started to make its exit, it reminded me of a landslide where a slurry of unstoppable mud would cascade down a mountainside!

I had sensation ‘down there’ which I kept being told by Martin was a ‘good thing’ but it really didn’t feel like it to me!  Each time I felt it all gushing out, it literally felt like it was squishing down to my knees and would soon be coming out the end of my bed for all to see … do bear in mind that lying flat on your back on a nappy type pad in a bed with a thin white sheet over you is not the best position to pass a bowel movement, so this is quite an exaggeration as I don’t recall the nurses washing my feet!

I was mortally embarrassed ringing my buzzer and asking the nurse to round up the troops to roll me for a ‘change’.  Therein lies one of my problems: communicating to the nurses I need a change or ‘clean up’ as I would call it.   I couldn’t bring myself to say ‘I’ve pooed myself’ or ‘my nappy needs changing’ so I would invariably say ‘I need a clean please’ to which some stupid nurses (usually bank staff) would think I meant I wanted to wash my face or clean my teeth and not take me seriously! I would be left for quite some time stewing in my own poo, resigning myself to eventually point out on her 2nd or 3rd return ‘I’ve had a shit and need cleaning up’!   For God’s sake surely I shouldn’t  have to spell it out so everyone on the ward would know? The experienced nurses on the other hand knew just by the expression on my face what was required.

I would find it so hard not to cry, as the nurses (male and female) would roll me over to start cleaning me. I would feel like a helpless baby having its bum changed, but some nurses (the better ones) would talk to me, distract me and generally make me feel like it was no big deal, which it wasn’t for them! Towards the end of my stay at the N&N with certain nurses we would even laugh and sing my favourite rock songs whilst I was being cleaned up.

I would always insist before a ‘clean up’ that a nurse had to spray some of my Tropic ‘poo spray’ in the air to save the whole ward from any smells and to generally mask my total embarrassment.  For 3 long days this slurry continued literally every 2 hours or up to the point I would go to sleep at night and finally get some respite from it. I’m sure I lost over a stone in those 3 days.

The good news when it was over, was that my tummy had returned to its normal size, the bad news was due to my compromising position, I would continue to have daily ‘bowel care’ and laxatives plus a putrid drink called ‘laxido’. How long for I did not know, not even my spinal nurse could give me the answer. The original prognosis had been I would be doubly incontinent and paralysed from the waist down. Well, I had leg movements which was promising and so surely my bowels were going to return to normal from this point on?

I had one moment of utter desperation where I realised that I couldn’t handle the possibility of going home to my husband an incomplete wife (ironic use of the word being my injury is ‘incomplete spinal cord damage’ thankfully). What I mean is, the thought that I may have a catheter permanently in situ, or bowel issues meaning a colostomy bag or daily bowel care to be continued at home. Being disabled in a wheelchair didn’t sound as scary as this. Also, what if Martin and I were unable to continue with things ‘normal’ married couples do with regards to intimacy? The fear of perhaps even losing him would prey on my mind and so I would listen to my classical tracks with my pink headphones on to try and relax; breathe my way out of the despair and start to find a different more positive way to think.

FacebookTweetPinLinkedIn
Posted in Hospital 2019
← Are you bored?The Minions →