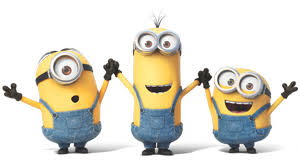 I am known as the ‘google’ queen in our household and having read studies on visualisation and it’s scientifically proven results, in hand with conversations with a friend of mine who visited to give me some ‘healing’ I decided to focus on some self-healing and visualisation techniques.   I started to visualise minions (yes from Despicable Me) in my bowel.  Hundreds of them at different points from my stomach down the various sections of my bowel through to rectum, anus and finally sphincter.  You may by now be thinking I am totally losing the plot but I believe to this day that this DID make a difference.  I would rub my stomach and talk to them (not out loud obviously!) and they were all set at different crossroads of the tract, a bit like various railway crossings with gates and lights…. being told to hold back or release when ready for the train to pass through!  There were also minions in their gym clothes relearning ‘peristalsis’ the art of pushing everything down from the top end of the stomach for a bowel movement.  A job currently being done by laxatives.  They were working out and strengthening all the muscle tone as well!

As if this doesn’t all sound crazy enough…. I employed ‘lady’ minions (their wives) into my bladder later on to sort out my all ‘wee’ issues and ensure that I got full function back after catheter removal. To visualise, I made up an image of female minions in dresses with nurses hats on … not even knowing if there is such a thing as Lady minions as I never saw the film! Well blow me down, not only do they exist but I found this picture which perfectly depicts my image. (I told you I’m the google queen!)

Believe me , when you have the thought of double incontinence hanging over you, it really does take desperate measures!

On a near daily basis my bowels caused me the most distress… I hated the bowel care, especially when done by a male member of staff.  It was being done every ‘other’ day and I would pray it was a nice nurse on those days, one who had a kind bedside manner and lots of patience.

If you were lucky, it was done first thing in the morning and I would ask everyone at the scene to exit ASAP and leave me with my curtain closed for privacy when my violent stomach contractions would start. The tears would pour down my face as I listened to Beethoven, and visualised the day I would be at home again sitting on my own toilet in my ensuite looking out the window across the beautiful fields towards Sheringham Park.

It was unbelievably horrible passing a movement but even worse was being checked and cleaned. On one occasion, the nurse had his finger up my rectum saying ‘there is still some more up there… give me a little push’.  I burst into tears with mortal embarrassment and horror.  All the nurses holding me on my side would then join in coaxing me to give a ‘little push’.  WELL all I can say is…. when I gave birth to my first daughter some 29 years ago, I had an epidural which numbed me from the waist down and when it came to trying to push her out in the second stage of labour I couldn’t feel a thing, and the nurse said to me ‘just bear down and push… imagine you are having a poo’.  Well here I was now in reverse actually being asked to bear down and push out a poo. They were kidding right?  It was too much for me and I would literally shout “enough” and being I was rolled on my side with no ability to move or do anything to help myself I would cry “get your finger OUT of my bum and STOP right now!”  I’m sure the patients either side of me heard all of this outside the curtain. The nurse would have to obey my wishes and the remaining nurses would reassure me and comfort me as they rolled me back. I would have a blub for 10 minutes and then get back to playing scrabble on my phone, doing a crossword, maybe promoting my Tropic business online, before my next set of obs or mealtime.

I became fearful of having visitors. Sometimes due to lack of staff or on a Sunday my bowel care would not get done until lunchtime and visiting hours were from 1.30pm onwards, way too close for comfort! Also, I started to find that I had a constant overwhelming feeling of needing to ‘go’ but 9 times out of 10 with my sweating and pushing and feeling the nerves in my rectum or anus twinging and seemingly pass a large bowel movement, I would be told when they cleaned me that I had only passed a ‘malteser’. (I apologise if this puts you off maltesers!).  The thought of passing even a malteser whilst having a visitor sitting next to me passing the time of day was just too much for me to bear. So visits would often be cut short by me making excuses or on one occasion when a dear friend showed up for a visit I was really distressed and told her I was really sorry but she would just have to turn right round and leave … ‘immediately’.    Only my dear husband knew the fearful look in my eye which signalled I needed to go and he would quickly pull the curtain around me and give me 5-10 mins of privacy often for it to be a ‘false alarm’.

View all posts by NikkiRodwell →