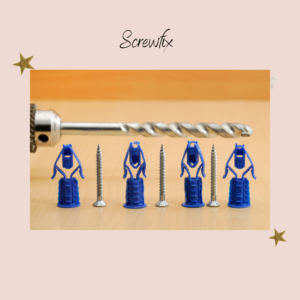 So, Martin’s term of endearment for me these days is ‘Screwfix’ and I hasten to add this is not because I have been known to have a ‘screw loose!’ (although I did encounter a brief psychotic break leading to my accident), but rather my back containing intricate metalwork after having spinal fusion in July 2019 to repair and hold my spine together after my T12 vertebrae suffered a burst fracture.

It was a lengthy operation (around 5 hours I believe), and the little titanium rods and screws were inserted into the vertebrae directly above and below the smashed vertebrae (so L1 to T11). T12 is the last of the thoracic vertebrae before the lumbar vertebrae begin and I believe it bears the most weight. The fusion apparently gives the broken vertebrae chance to heal and repair…yes bone can regenerate and heal; the spinal cord however cannot.

Initially, I had very little sensation in my legs other than being able to move my toes, which I can tell you is a special kind of weird! This, however, was due to my spinal cord damage and not the broken vertebra

As my spinal cord came out of ‘shock’, the damaged nerves started to re-route and gradually I got varying degrees of sensation back which I am eternally thankful for.  However, having been kept on flat bed rest for 5 long weeks and then graduating to stages of sitting up for another few weeks, I soon discovered that all the core muscles involved in walking became weak.  The rate of muscle atrophy is 0.5% per day so after 6 weeks of bed rest, you can imagine how weak my legs were. I went from having chunky thighs to tiny little sparrow legs (I think the dire food I was being fed in the hospital may have played a part in this too!).

I had to re-develop all the muscles involved in walking from back muscles and glutes to hamstrings and calves, but step by step, over a period of 3 months, I learnt to walk again, albeit not the same as before. It was a challenge and how I achieved this in such a quick and determined manner is depicted in my upcoming book ‘Catch Me If I Fall’.

So back to Screwfix. I am a little squeamish and during my recovery, I never particularly wanted to see evidence of having had my back cut open and what had taken place.  I can’t even watch Holby City or Casualty without squinting through half-closed eyes at the TV screen.

However, whilst I was at Sheffield Spinal Unit, I started to find my ‘braveness’ with this. As I embraced what a spinal cord injury entailed, and accepted what had happened to me, I felt less scared and reached the point where I let Martin take a photo of my scar for me to see. I think its fairly neat, although my backless dress days may be gone!

Then, on my last day at the unit when we both attended an appointment with my consultant, I bravely asked to be shown the x-rays of my spine. Obviously, the screws are greatly magnified but it clearly shows what they do. I have no idea if these will ever be taken out in the future.

I have yet to travel abroad and go through security since my operation, so can’t wait to see whether the screws set off the metal detectors at airport security!

It was shortly after this appointment that we left the spinal unit for my return home and Martin called me ‘Screwfix’ for the first time. Rather smug with his new nickname for me.

I have been asked if I can feel the screws.  Well, there is discomfort in the area, especially on rainy days. I also seem to generate mini electric shocks to Martin quite often and he jokes that the metal in my back has become a conductor which generates these shocks! Who knows? Stranger things have happened.

Apart from this, there is some generalised discomfort in my lower back, but it is very hard to assess what is the consequence of the spinal fusion as opposed to the spinal cord nerve damage AND (if you look at the base of my spine) I also have a condition called spondylolisthesis which is where the bottom two vertebrae are sliding across each other (caused through degenerative deterioration).  I recently visited a chiropractor who said he wouldn’t touch me without seeing an MRI scan for more detail first; it’s easy to see why!

So, my back would seem a bit of a mess but then most of us have health conditions or weaknesses in our body of one sort or another don’t we? I have been on a rapid learning curve about spinal cord injuries and am so grateful that my original prognosis (which was that I would be in a wheelchair and doubly incontinent) did not turn out to be the case.