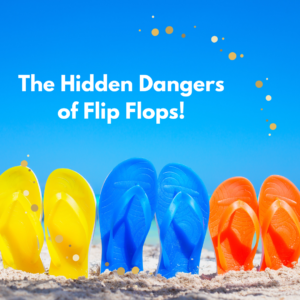 When I was in Sheffield spinal unit, back in 2019, I thrived on many of the challenges I faced. My goal was to get home as quickly as possible, so I threw myself into physio and muscle strengthening like a crazy person. I was determined to get my body back walking again.

Ambassador for the spinal unit!

Towards the end of my stay, I became a sort of ambassador for the ward. The nurses asked if I would wheel around in my wheelchair and share some of my positivity with other patients on the ward who were struggling with their recovery.  They also asked me to welcome any new arrivals and reassure them what to expect on the ward.

I will never forget the day I met a lady who was wheeled into the room that I had first been in when I’d arrived on the unit a month earlier. I wheeled up to her and introduced myself, telling her that she would also be in a wheelchair in no time at all.

She looked down at me from her bed with an expression that spoke a thousand words, probably along the lines of ‘who the heck are you?’

She had a large neck brace on, and I soon realised that she had a much harder recuperation ahead of her than I did. Her upper limbs were compromised, and she had to be spoon-fed, as well as having her hair brushed for her. I found it hard to imagine how difficult it would be not to be able to hold my mobile phone!

I wheeled in to see her each day and talk to her.

Now, I think you may know what is coming here. This lady had broken her neck and damaged her spinal cord when she tripped down the stairs. Yes, you’ve guessed right… wearing flip flops!  Who knew that life could be turned upside down just by wearing the wrong footwear!

I still think of this lady today, and often wonder how she is getting on.  It was this that made me decide to do a little research and base my speech at Toastmasters this week, on the dangers of flip flops. I was shocked to find out just how dangerous this footwear is, with numerous news articles of people who have died from falling in flip flops.

I was particularly moved by this lady who donated five of her organs to save others after falling to her death in flipflops… https://www.independent.ie/irish-news/news/five-lives-saved-by-woman-killed-in-flip-flop-stairs-fall-30363235.html

Now, I had better confess before I continue, and you may call me a hypocrite, but I do still wear flip flops from time to time. My left foot has collapsed with nerve damage from my injury, and I can’t wear ‘normal’ shoes other than trainers or something flat which holds my foot. Therefore, when I wear a dress or something particularly smart, I tend to wear sparkly flipflops because they look less hideous! I always take them off before going up the stairs though!

Caution behind the wheel

But, it’s not only stairs that we need to heed caution with when wearing these shoes. I did a little further research and discovered that 1.4 million people in the UK have car accidents, a year, in the UK. This shocking number was extrapolated by Sheila’s Wheels insurance company after a study with 1,500 motorists that revealed 1 in 3 drivers wear flip flops.

Some interesting statistics evolved from simulator tests, further proving the danger of driving in flipflops. It takes 0.14 seconds longer to decelerate in flipflops; the equivalent to 3.5 metres at 60mph. Plus, it took 0.4 seconds longer to move the foot from the accelerator to the brake, which beats the record with high heels and wedges (0.2 seconds).

It’s pretty darn easy to see why driving could be precarious. The flip flop is only held on by a toe bar and not only can the shoe come off completely, but some accidents report the shoe getting stuck behind the pedals. 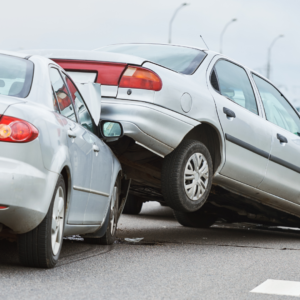 Strangely though, driving barefoot or in flip flops is not illegal, although be warned… if you are stopped by police, and they deem your footwear is the cause of your erratic driving, or accident, they can fine you up to £5000. Code 97 in the Highway Code states that the driver should always wear appropriate/sensible clothing and footwear at all times.

Of course, podiatrists also tell us that flip flops give no support.  They can cause foot conditions such as plantar fasciitis and hammer toe, and are very bad for our posture. I won’t delve into the scientific studies that also show how billions of bacteria live on these shoes too! 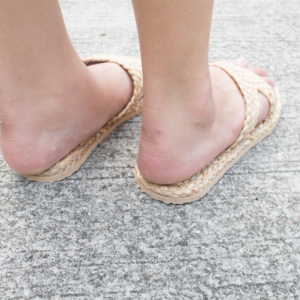 So all in all, these cheap and trendy shoes that we all wear in summertime, come with complications. Not only can they cause dangerous falls or a driving hazard, but they also give very little support and are bad for our feet as well.

Perhaps on National Flip Flop Day next year, (3rd Friday in June), the government should think about issuing a public health warning!