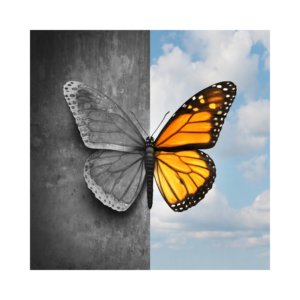 Write about a positive change you made or a discovery about yourself in 2020 that celebrates the authentic you and tie it into one of the three prizes.

I’m a sucker for a bit of competition; probably due to my dad constantly challenging me as a child with endless games of backgammon and table tennis tournaments. Also, I’m a self-confessed ‘personal growth’ addict striving to ‘step out of my comfort zone’ and become the ‘best version of me’. This is why I find myself taking up the gauntlet with Ria Talken’s challenge to write an essay on the above title, not so much for the prize (although no doubt I’m the most in need of a writer’s workshop), but to force me to write about something new. Well, maybe not that new since the book I am writing is a memoir and find myself indulging in talking about myself again.

It was in 2020 that the very idea of writing a book came to me; sparked by listening to a podcast and signing up to a self-publishing school. In the one-hour consultation with my ‘soon to become’ mentor, we decided to scrap my attempt at an earlier book that had been gathering dust for some ten years or so and start again with something new. Something more recent.

I believed myself very brave back in October 2019 when I started my blog to share with the world how I had broken my back and damaged my spinal cord. I was aware people were asking questions and were eager to learn what had happened to put me in a hospital for three months, but it took some time for me to find a way to articulate. I took the bull by the horns and announced in my writing, how a psychotic episode had led me to throw myself from a roof, shocking my unsuspecting friends and colleagues into stunned silence. It was just the beginning…

To write a successful memoir, I learnt that I had to be as authentic as possible; to wear my heart on my sleeve and open up about everything.

So, I took the brave decision to uncover how I’ve hidden three previous episodes of psychosis in my life; one in my thirties and two in my forties; each one hidden under the disguise of ‘a nervous breakdown’. I never did myself any favours rushing back to life before giving myself chance to fully recover but felt compelled to sweep the psychosis under the rug and get back to normality as quickly as possible to prevent the world from discovering I had been ‘crazy’ for a while. I was held to ransom by the stigma of mental health. Only my immediate family ever knew and that was how I preferred it.  Life returned to normal.

The summer of 2019 was different though, and something was about to change. The scar from my spinal fusion and coming home in a wheelchair made it somewhat difficult to not share with the world what had what happened and whilst the blog was the beginning of finding my voice…writing my memoir at the end of 2020 is where the real change happened.

I go into greater depth and explore my own psychosis, sharing details of the nightmare that it entails in an open and frank manner. I examine what has held me back from disclosure in the past and why I chose to hide under the grubby mark that I believed the illness gave me.

The process of writing has slowly peeled back many layers of guilt and embarrassment revealing the true and authentic version of me that is open, brave, and honest. It has finally legitimised the traumatic episodes that have happened to me, some of which ended in admission to a psychiatric hospital. The realisation that I was a ‘victim’ of mental health stigma has empowered me to not just free myself from its chains, but to try and help others too.

I used to hide under a veil of ‘denial’ whereas now I proudly say, ‘mental health broke my back, but it didn’t break me.’